Fukushima Robot Test Field has the largest flight airspace, runway, and airfield with impact absorption net in Japan for unmanned aircraft to provide an environment that enables basic flight test and other various tests such as collision avoidance, forced landing, falling, and long-distance flight, and promotes the practical application of unmanned aircraft.

These facilities are used for flight tests and operation training for unmanned aerial vehicles. Special flight test such as collision avoidance, forced landing, falling, or object dropping can be conducted in the buffer zone. The hangar has a measurement room that can overlook the entire area and an antenna mount are equipped. Heliport can be used for unmanned and manned VTOL type aircraft. 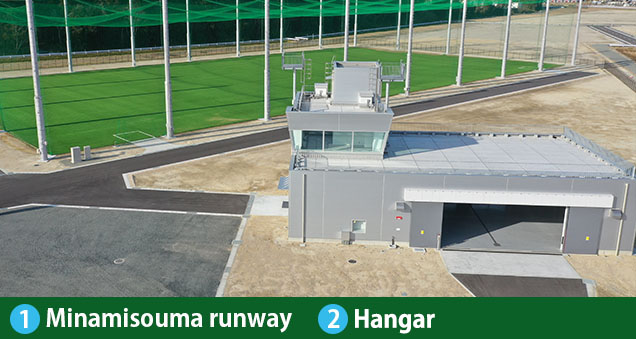 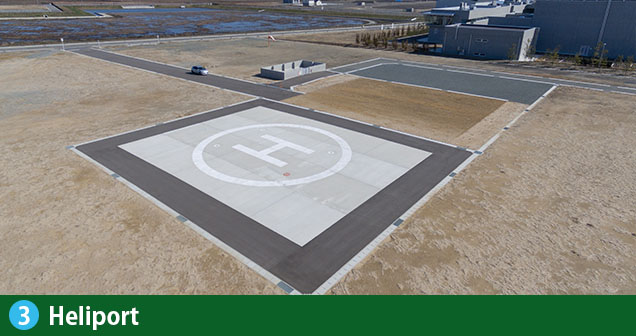 In contrast to the Minamisoma runway which runs north-south the Namie runway runs east-west allowing for takeoff directly over the sea. 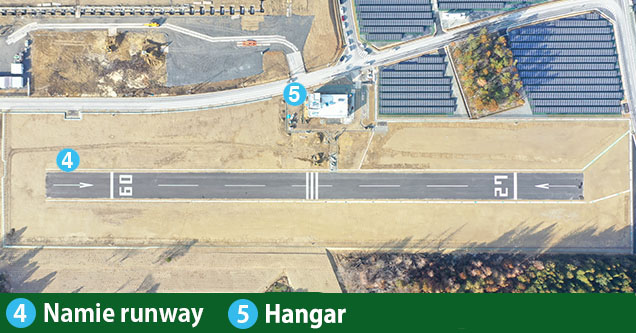 Through individual consultation, a flight course over land and sea can be approved for the approx. 13km distance between Minamisoma City and Namie Town. Long distance and wide area flights can also be carried out.Communication towers installed near both bases secure flight safety over a wide area by ensuring communication, measuring low wind direction and speed, and detecting objects such as manned aircraft and birds.

■Detection size and maximum detection distance by a radar

*The maximum detectable distance is a calculated from a value in free space. This distance varies based on the conditions of the instruments and weather. Update time: 5 seconds

※Please contact us for the actual range because it is described in the device spec.

This airfield is non-applicable to Civil Aeronautics Act, whose upper and surrounding parts are covered with net. Evaluation tests such as basic flight performance and autonomous control of unmanned aerial vehicles, flight training, and night flight and object dropping can be performed under an outdoor environment involving wind and rain or sunshine, without making any legal application in advance. 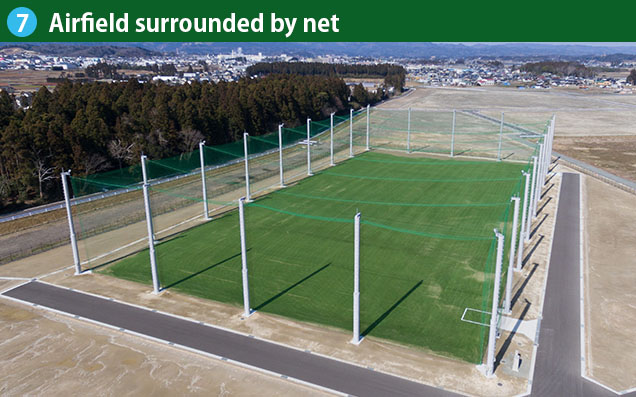 The aerodynamics, flight performance, and stability of the aircraft against gusts and pulsating winds against unmanned aerial vehicles can be tested.

※Please contact us for more details of measuring range.

This facility is the test space covered with concrete,for the long-term continuous operation durability test for unmanned aircraft safely. 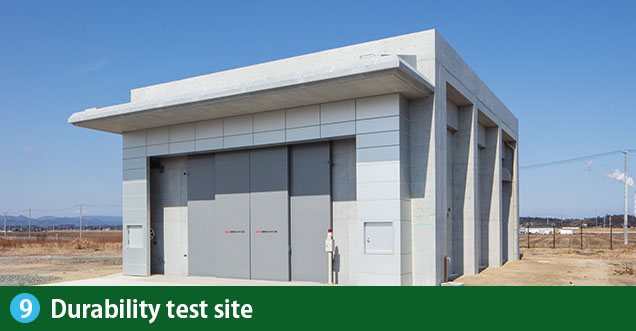 (2) The same amount as fee is added when it falls under any of the following.
1. When holding an event by collecting admission fee, attendance fee, or membership fee for a prot. 2. When using for any prot-making activities, such as selling goods,commercial advertisement, etc.

(4) When using continuously for two days or more, fee is not occured from the night to early morning, as far as it is used for storage of display items and equipment.